Our November speaker was J Carlton Courter III, Director of the VDGIF 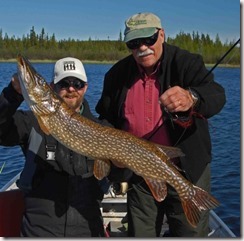 Bob Clouser is the innovator of many fine fly patterns, all of which gained worldwide popularity. His flies include The Clouser Minnow, The Half and half, Clouser Crayfish, Swimming Nymph, Crippled Minnow, Mad tom, The Darter, Hellgrammite, E-Z popper, Floating Minnow and many others. Bob’s Clouser Minnow is claimed to be the most effective underwater fly developed in five decades. He has designed a fly line (The Clouser Taper) manufactured by Rio Products that make heavy wind resistant fly patterns a dream to cast. He is on the advisory staff for the St.Croix Rod Company also helped in designing an 8ft. 9-inch fly rod for casting his flies,Umpqua Feather Merchants and Renzetti Inc.

Bob has been presented numerous awards for his strong conservation work, especially work done to enhance smallmouth bass fishing in Pennsylvania. Most notable among his awards are his induction into the national Fresh Water Fishing Hall of fame as Legendary Angler, the Warm Water Committee Achievement Award, a national award presented by The Federation of Fly Fishers, the Dr. Henshall Award presented by The federation of Fly Fishers, and National Angler of the Year 2000 by Fly Rod and Reel Magazine. He is a strong supporter of recreational fishing as well as conservation. He was awarded the 1995 Conservation Award of The Year presented by the Susquehanna Smallmouth Alliance, and in 1997 the Charles K. Fox Rising Trout Conservation Award presented by the Cumberland Valley Chapter of Trout Unlimited. 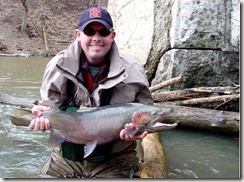 Our May dinner speaker was Cory Routh… 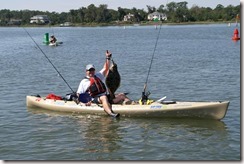 Cory “Ruthless” Routh is a kayak fishing guide from Virginia Beach, Virginia. His marine biology background and knowledge of Virginia’s marine fisheries, makes him one of the premier kayak fishing guides on the lower Chesapeake Bay. Ruthless specializes in Light Tackle and Flyfishing. “Ruthless” is sponsored by Legacy Watersports, and currently paddles the Redfish 14 by Heritage Kayaks and the Ultimate by Native Watercraft. He is the founder of the Tidewater Kayak Anglers Association. Cory is also a pro staffer for St. Croix Rod Company . He currently writes a monthly kayak fishing column for the Chesapeake-Angler Magazine

Marty has been guiding for the last 5 years, realizing, with the help of his patient and understanding wife Sandra, a dream of turning his passion for fishing into a full time career. He does float trips on the Watauga,South Holston rivers in east Tennessee for trout and the New river in both Virginia and North Carolina for smallmouth bass as well as wade trips in all 3 states we serve. Marty not only “puts you on fish” and teaches the skills necessary to become a better fisherman, but makes you feel at ease while instructing and after a day on the water with him you feel like he is an old friend. He is on the pro-staff of G.Loomis rod company and Frog Hair tippet and leaders showing that major manufacturers believe in his abilities also. *

Mr. Humphreys is world renowned as an author and instructor.