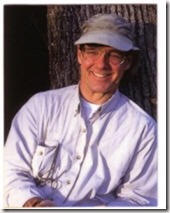 John Ross is a freelance outdoor writer/photographer whose work appears regularly in Sporting Classics and Sports Afield. In addition, he is the chair of the Virginia Council of Trout Unlimited.
Ross is the author of a series of outdoor travel books: Sports Afield Guide to North America’s Greatest Fishing Lodge (w/Katie Anders), North America’s Greatest Big Game Lodges and Outfitters (w/Jay Cassell), North America’s Greatest Bird Hunting Lodges and Preserves, Great Water: Great Fish – the Worldwide Guide to Fly Fishing, and the TU Guide to America’s 100 Best Trout Streams, which won the 1999 National Outdoor Book Award. His completely revised TU Guide was released by Lyons Press in 2005.
His newest book, Rivers of Restoration, is an eclectic tour of 21 watersheds – from the Kennebec in Maine, the Guadalupe in Texas, and the Nushagak in Alaska – where TU has made a difference during its first 50 years. Published by Tony Lyons new press, Skyhorse Publishing, the book was released in September.
Ross lives in Upperville, Va. with his wife, Katie; their Boykin spaniel Hetty; and a number of fly rods he used to use regularly before he took up writing. 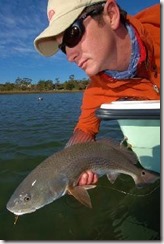 Captain Seth Vernon is a full-time professional fly and light tackle fishing guide with a passion for shallow water fishing. When not teaching private fly casting instruction, tying custom flies or doing “research” on the water he will be somewhere photographing or writing about the next great adventure.

Captain Seth has guided in Alaska at Mission Lodge, Eastern Tennessee and Western North Carolina for Foscoe Fishing Co. and spent ample time fishing the waters of the Rocky Mountains, the Everglades and Ascension Bay in the Yucatan of Mexico. When you speak with Captain Seth about fishing you know right away he enjoys guiding and teaching.

FFV Club members Rob Thomas, Tye Krueger, and Dale Huggins talked about some of the most beautiful places you can wet a line. They shared their experience and knowledge of fishing the tropical flats for “The Ghost of the Flats”, aka Bonefish; “The Silver King”, aka Tarpon; and the fish that many consider the HolyGrail of Flats Fishing—the Permit.

Rob Thomas is a professional photographer and outdoor writer. He is a member of the Virginia Outdoor Writers, the Mason/Dixon Outdoor Writers and is the editor of the “Singing Reel”.

Tye Krueger is a renowned wildlife/fish artist and is the Fishing Manager of the Richmond Orvis store at Short Pump.

Dale Huggins is a fishing guide and works for the Richmond Orvis store.

Our May 15th dinner speaker was Norm Zeigler… 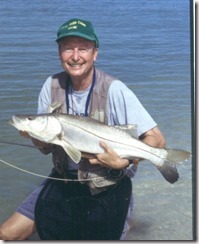 Norm Zeigler is an internationally known author and journalist. His current book, Snook on a Fly, was published in November 2006 by Stackpole Books. His previous book, Rivers of Shadow , Rivers of Sun : A Fly Fisher’s European Journal, (Downeast/Countrysport Press) received outstanding reviews from Honolulu to Germany .
Norm is one of the foremost fly fishing writers in the United States. Some of the publications in which his work has appeared include The New York Times, Gray’s Sporting Journal, Fly Fisherman, Fly Rod and Reel, Northwest Fly Fishing, Art of Angling Journal, Sporting Tales Journal, Florida Sportsman, The FFF Fly Fisher, Nieuwsbrief, The FFF Quill, Der Fliegenfischer, Eastern Fly Fishing and Saltwater Fly Fishing. He was also the longtime travel/outdoor writer for Stars and Stripes Europe. He is currently working on two new books.
Norm grew up gauging the seasons by the weather and wildlife on the marshes, estuaries and kettlehole ponds of Cape Cod . He received a BA in English, with a minor in biology, from Clark University in Worcester , Mass.
Norm and his family now divide their time between Sanibel Island, Florida, and Dillon, Montana. 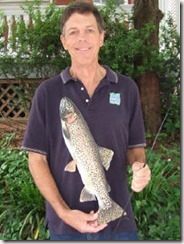 John Bryan has served on the staff of the American Sportsfishing Association. He has also written for Sports Illustrated, Field & Stream, Gray’s Sporting Journal, and other magazines. His books include The James River in Richmond, for which he received the James River Association’s Guardian of the River Award. His latest effort is ‘Take me Fishing’.

50 Great Writers on their Favorite Sport 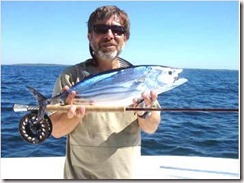 Tom Rosenbauer has been a fly fisher for over 35 years, and was a commercial fly tier by age 14. He has been with the Orvis Company for 25 years, and while there has been a fishing school instructor, copywriter, public relations director, and was editor of The Orvis News for 10 years. He is currently a vice-president and Catalog Director for all Fishing, Sporting, and men’s catalogs at Orvis.

Tom lectures on fly fishing from Maine to California. He lives in southern Vermont on the banks of a small trout stream, and his current passions are small-stream trout fishing, wild mushroom hunting, bird hunting, and fly-fishing for striped bass on Cape Cod.