Lefty entertained us with a presentation titled  ‘Why we Fish’. This program was non-technical and laced with Lefty’s usual humor! We had a great crowd (Over 130) and a fine dinner!

Also at this dinner, FFV founding member Nat Burgwyn was honored with a lifetime achievement award and Dominion Power was presented with the 2004 Taylor Turner Conservation award.

Prior to the nights dinner, Lefty gave a dozen or so FFV members a detailed seminar on fishing tips and techniques… 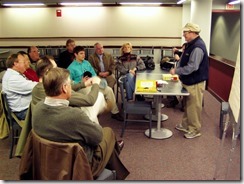 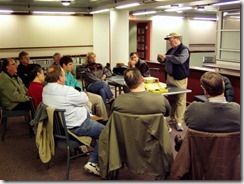 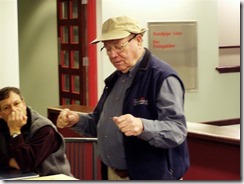 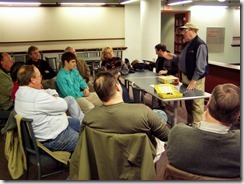 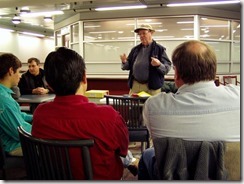 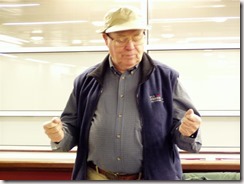 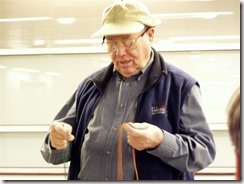 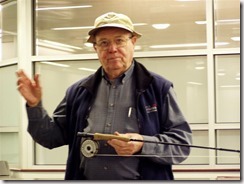 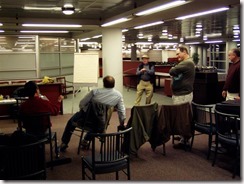 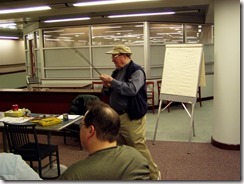 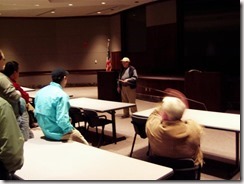 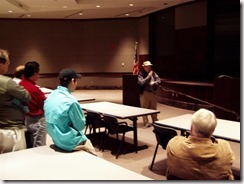 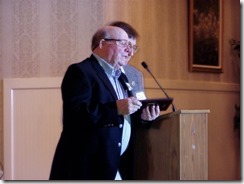 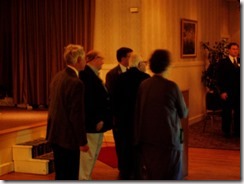 ….And then followed up with a hilarious and very entertaining presentation at our dinner meeting… 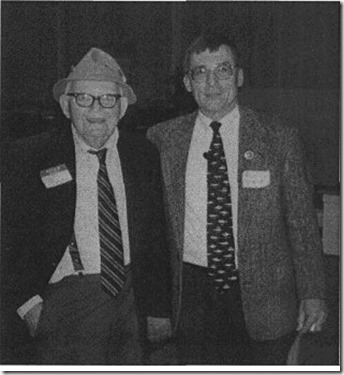 With stealth, subterfuge, and a little help from Lefty Kreh, Nat Burgwyn was the recipient of the first ever Nat Burgwyn Lifetime Achievement Award, given at the Annual Banquet in January 2004. A standing ovation from the assembly greeted him as he approached the podium, and the usually talkative Nat was rendered speech-less. His only comment was “It’s not in the program!”. Testimonials from Lefty and others marked the occasion, and throughout the evening, accolades from friends and well-wishers were delivered with sincerity. The audience also was treated to a screening of “Nat Burgwyn: A Lifetime in Fly Fishing”, a DVD from noted producer/director Dan Genest. Lefty and FFV President Richard Roadcap presented Nat with a plaque, emblazoned with the FFV logo on a burgundy background, which read “…for outstanding support and dedication to the sport of fly fishing”. Congratulations, Nat, for many jobs well done!