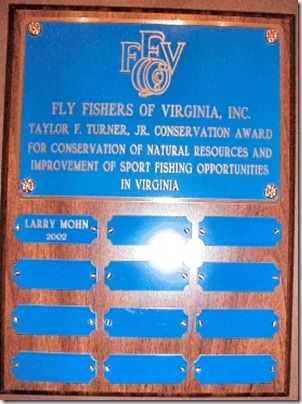 The FFV has always been a conservation oriented organization and in 2002 we decided that as a club we would like to honor individuals or organizations in the state that have made a valuable contribution to the preservation of our fisheries and waterways. Richard Roadcap, then our VP of Conservation, originated the idea of the ‘Taylor F. Turner, Jr. Conservation Award’.

This new conservation award is named after former club president and long time member, Taylor F. Turner Jr.  Taylor passed away several years ago and the board of directors decided that a conservation award would be one way we could honor and remember Taylor in the years to come. Taylor was an avid outdoorsman in both field and stream. He missed very few of our dinner meetings and was active in fishing trips and other events that the club has sponsored in the past. He always had a smile and a kind word for everyone that was lucky enough to have met him.

FFV members Bill Pearsall and Steve Lewis were awarded the ‘Taylor Turner Award’ for the many years they have supported and coordinated the Virginia Chapter of the ‘Brotherhood of the Jungle Cock’ (BOJC). 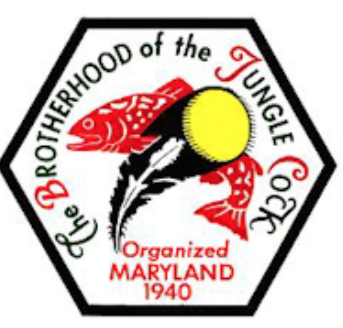 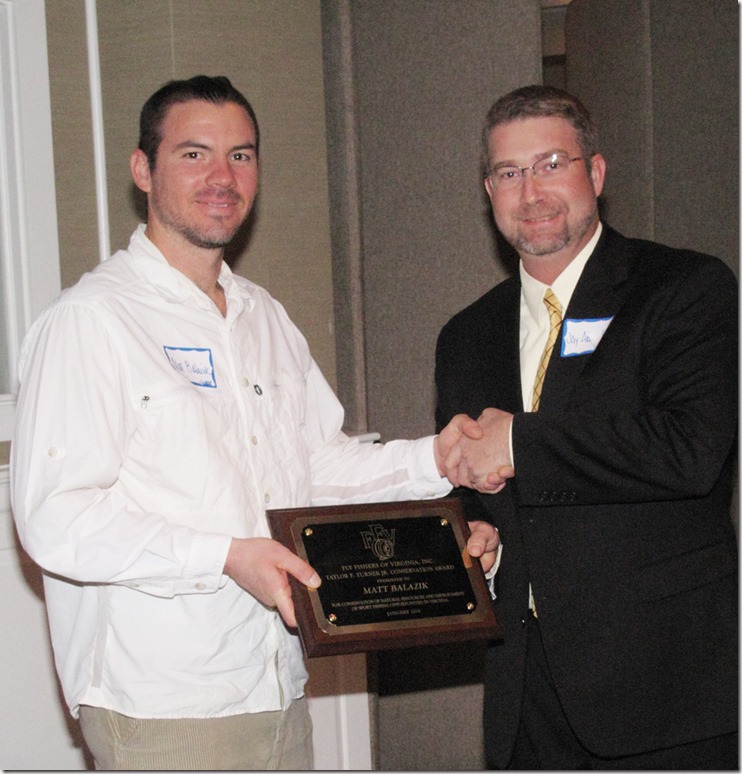 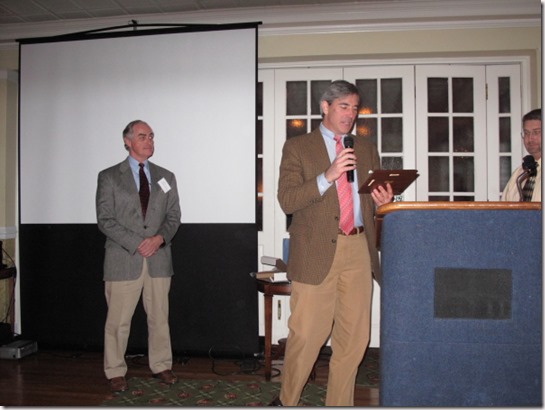 The James River Association was given the Taylor Turner conservation award.

Bill Street, Executive Director, accepted the award on behalf of the Association.

The 2010 Recipient of the Taylor Turner Conservation Award was Dr. David Jones.

Dr. Jones is a proponent and sponsor of the ‘Trout in the Classroom‘ initiative. 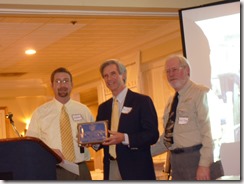 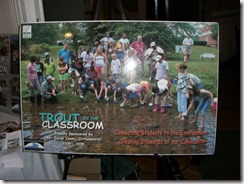 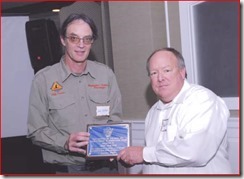 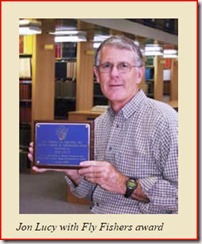 Mr. Lucy is fisheries scientist with the ‘Virginia Institute of Marine Science’ (VIMS) . 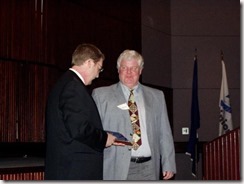 Dr. Downey’s research is primarily in the area of environmental analytical chemistry. He is also interested in the analytical use of radioactive materials and in chemical separations. For more than ten years, he and his students have worked on acid deposition (acid rain) projects. The most important projects have involved mitigating acidity in streams and lakes to protect and enhance fisheries and other aquatic life. An example of this type work may be found in the recent project of liming the streams in the St. Mary’s Wilderness in Augusta County, Virginia . Projects have also been done on the impacts of gypsy moth defoliation on stream water chemistry, the fate and analysis of herbicides and pesticides, aquatic water chemistry habitat information for amphibians and threatened and enlarged species and other environmentally oriented projects. With his students who have worked on these projects, these research studies have been described in 67 papers presented at regional and national conferences and 50 publications in various journals. (Text from the JUM.edu web site)

Here are some facts about Tom’s career and background:

*Thanks to FFV board member Jay Armstrong for this bio information (edited).

DOMINION RESOURCES RECEIVES TAYLOR TURNER CONSERVATION AWARD
RICHMOND, Va. Saturday, Jan. 17, 2004 – The Fly Fishers of Virginia today
awarded its Taylor Turner Conservation Award to Dominion for its plan to spend
more than $1.2 billion on environmental improvements at its coal-powered
generating stations in Virginia and West Virginia.
Dominion was honored with the award for a number of environmental projects un-
dertaken in 2003. Chief among those was its settlement with the Environmental Pro-
tection Agency on Clean Air Act issues at its Mt. Storm Power Station in West Vir-
ginia. Dominion’s voluntary settlement was the largest of its kind and calls for the
company to spend more than $1.2 billion on emissions controls at eight power sta-
tions. Those improvements will dramatically reduce emissions of nitrogen oxide and
sulfur dioxide, which have been linked to the creation of smog and acid rain.
Larry Cortright, FFV vice president for conservation, in presenting the award said,
“In voluntarily reaching a settlement with the Environmental Protection Agency, Do-
minion recognized its responsibility to our environment and set an environmental
stewardship standard for other large industries to follow. That settlement will reduce
pollutants that harm our cold water streams and trout populations.”
The Richmond-based energy company also was recognized for a partnership with the
College of William and Mary’s Virginia Institute of Marine Science that led to the
tagging of puppy drum wintering in the warmwater canal of one of its power stations
and for teaming up with Trout Unlimited in West Virginia to improve angler access to
a popular stretch of a catch and release trout stream.

Reprinted from the FFV March 2004 Newsletter

The Coastal Conservation Association – Virginia Chapter (CCA) was awarded the 2nd annual ‘Taylor Turner Award’. The CCA is a leading conservation organization in our great state. This group has been around since 1977 and their focus is to ‘conserve, protect, and restore the wild fish species that frequent Virginia’s tidal waters’. On hand to accept the award were executive director of CCA Virginia, Richard Welton and state chairman, Jim Hayden.

It was a unanimous decision by the board of directors to nominate long-time acquaintance, Larry Mohn to be the first recipient of this conservation award. Larry holds a B.S. degree in Zoology from Penn State University and a graduate degree in Fisheries Science from Virginia Tech. For the past 26 years he has worked as a biologist for the Virginia Department of Game and Inland fisheries. In those years he has been instrumental in developing special regulation trout fisheries and restructuring the states ‘put and take’ trout program. He is currently a regional fisheries manager for the game commission and is responsible for all fisheries activity in an 11 county area. He also serves as the statewide coldwater project leader.

Larry has received several other awards during his career including:

The FFV has had an ongoing relationship with Larry for many years now and it is always a pleasure to have him visit with us and fill us in on the status of the coldwater fisheries in the Old Dominion.