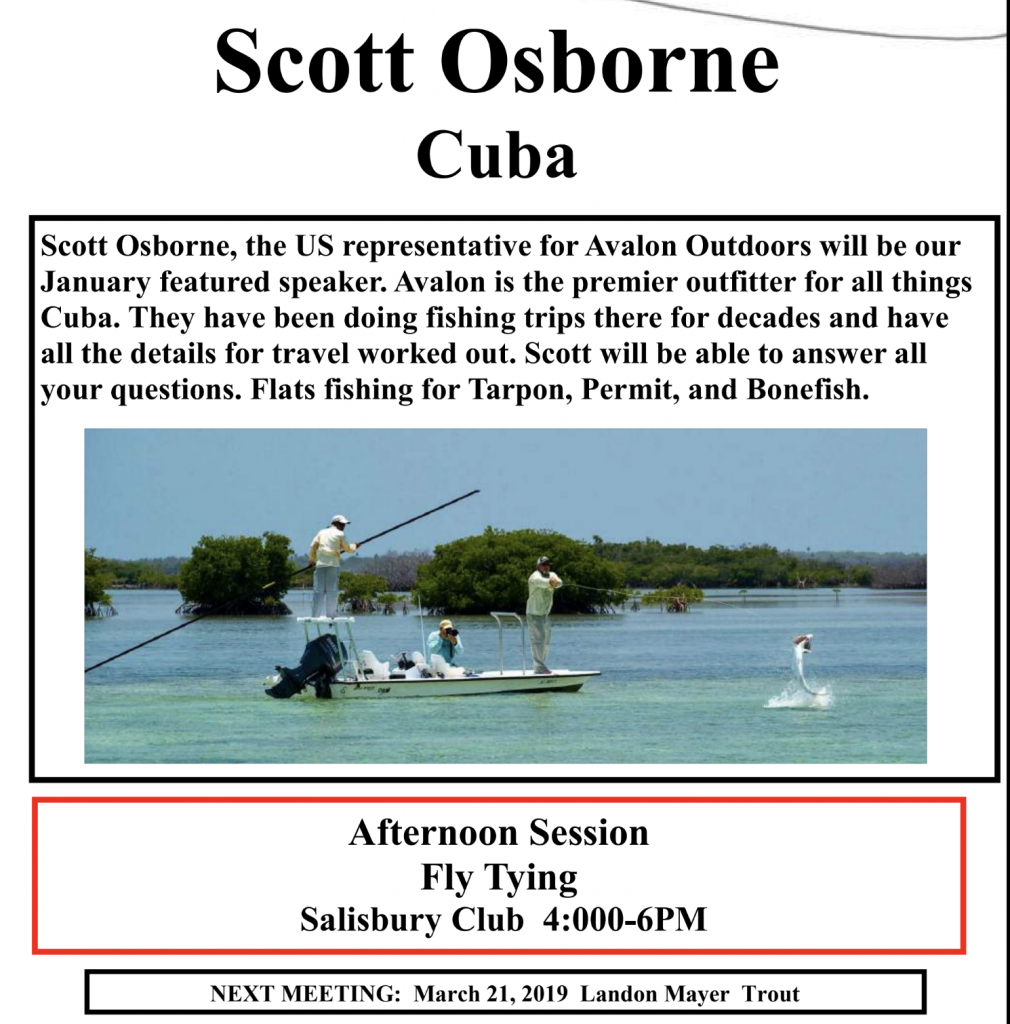 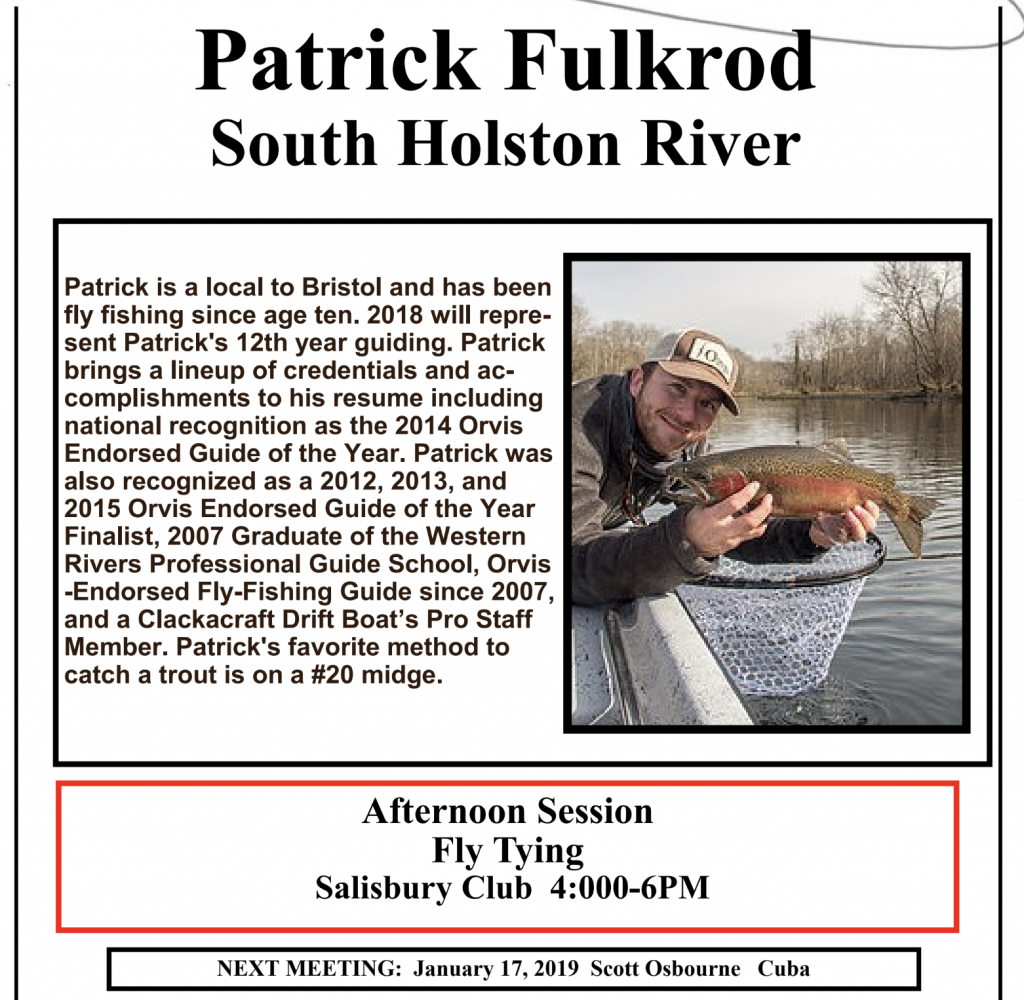 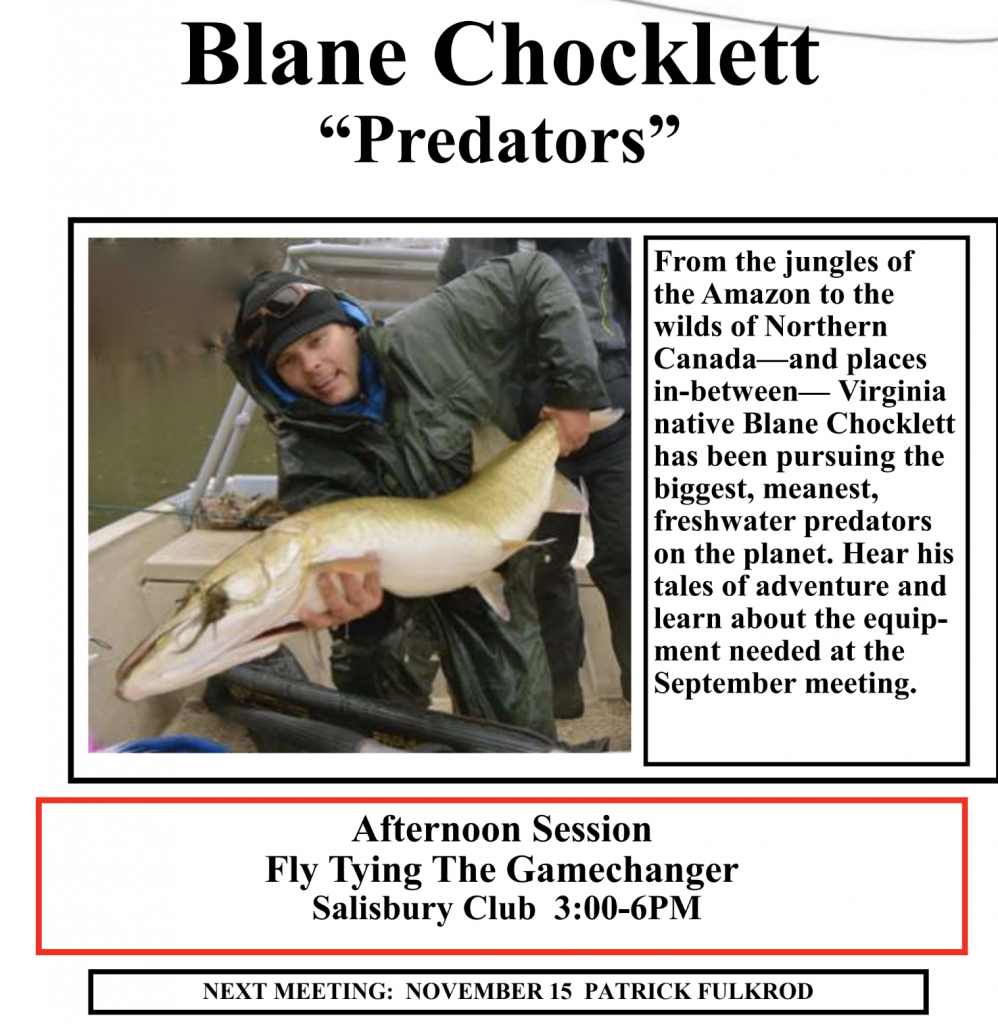 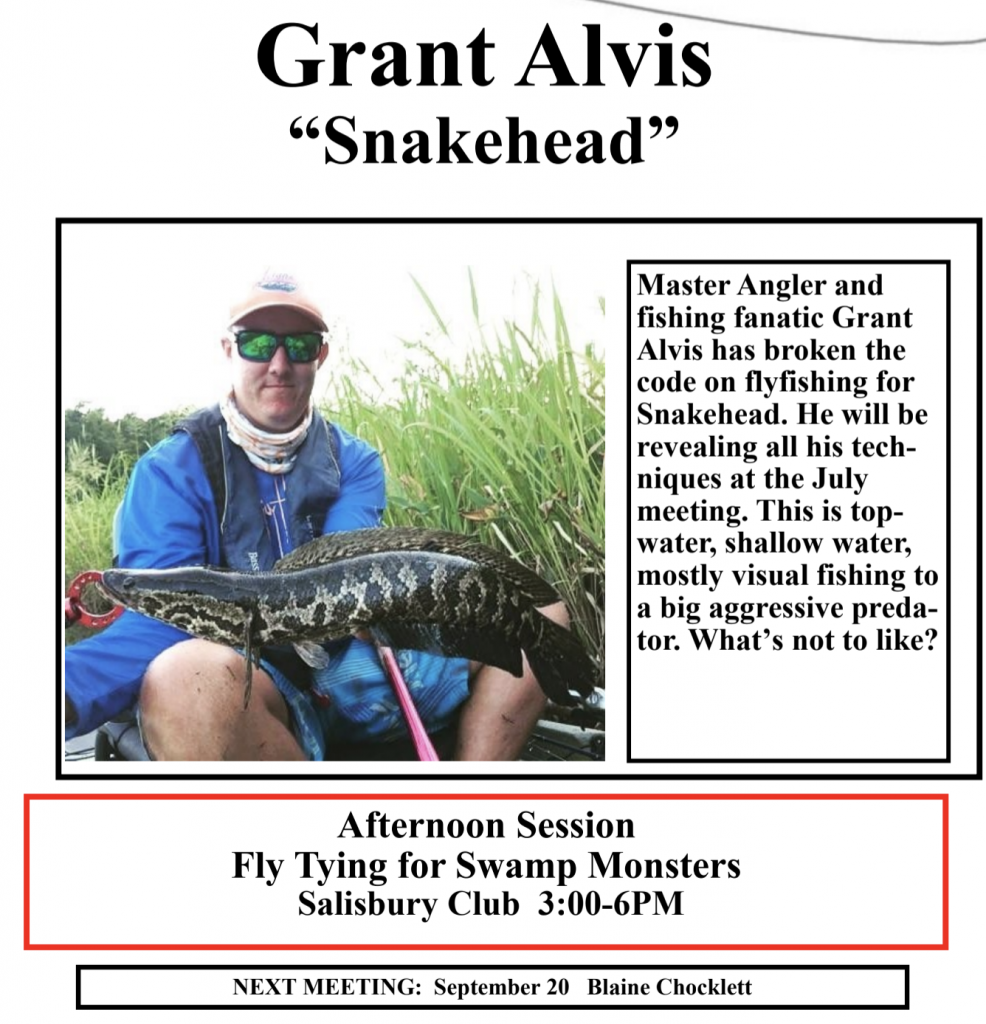 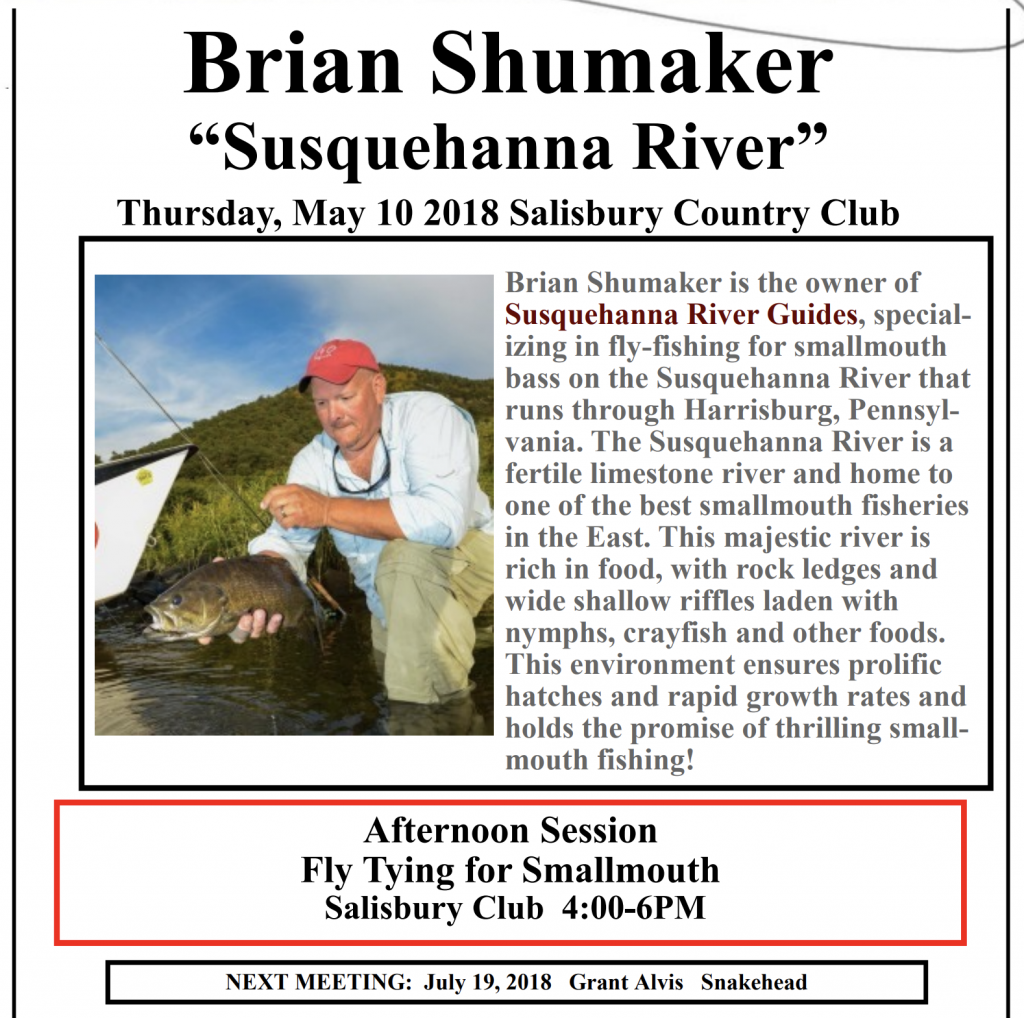 Categories: Uncategorized | Comments Off on FFV May 10th Dinner Meeting 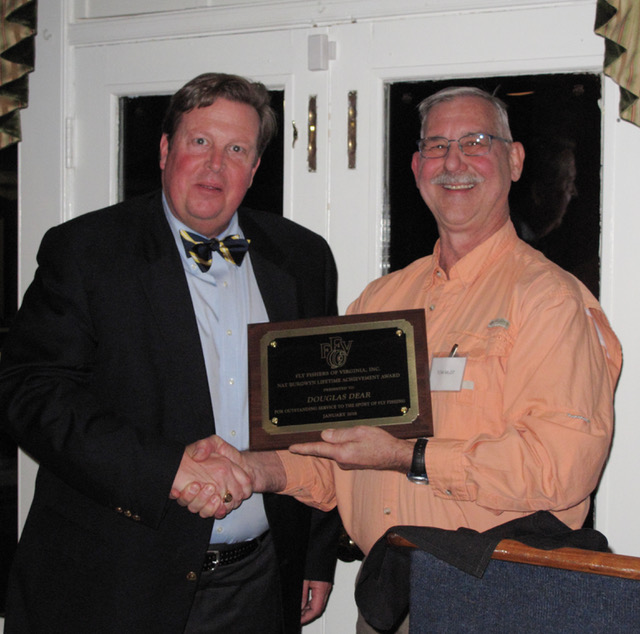 Douglas is a lifelong angler who spent his childhood fishing the Chesapeake Bay in Annapolis, Maryland. White Perch, Rockfish and Blues made up the bulk of his early catches from the small skiff that he piloted almost every day after school. As a teenager the family moved to the Tidewater Virginia area and the prey became speckled trout on the Ware River and bass and bluegill in the areas many farm ponds. It was the farm pond fishing that led Douglas to teach himself to fly fish with a twenty dollar Fenwick rod at age 15

Leaving Tidewater Douglas headed to Blacksburg, Virginia to attend Virginia Polytechnic Institute, where he graduated with a B.S. in Business.  He then went on to earn an MBA in Finance and Real Estate from The American University in Washington, D.C., where he was a Society of Real Estate Counselor’s Fellow. He later served as a member of the Advisor Board of the Kogod School of Business at The American University.

It was his work in multifamily real estate finance that took him frequently to the west and reacquainted his hand with the fly rod.  A fishing trip with a mortgage banking client and expert fly angler, reset the fly fishing hook.  During the next 15 years he fly fished on most of the major, and many of the minor, trout waters in the Eastern and Western United States. He also traveled international in pursuit of Bone Fish, Permit and other salt water species.

Through his ownership of the Farm, with its prime trout water, Douglas was made aware of a Retired Navy Captain (Ed Nicholson) who wanted to take a few injured soldiers from Walter Reed fly fishing. “My Grandfather was a West Point graduate and career Army Officer so the military has always been very important to my family. When I heard about these wounded warriors in need of a place to fish I was very excited and wanted to help in every way possible.”    It was through this association with the “Captain” that Project Healing Waters became a major focus for Douglas leading to, at Ed’s request, his acceptance of the Board Chairmanship.

As the Chairman of the Board and founding Trustee of Project Healing Waters Fly Fishing Inc, and now Chairman Emeritus,. Douglas has been involved in all aspects of growing the organization that is dedicated to helping current armed service members and Veterans rehabilitate their injuries through fly fishing and fly tying.  The program has gone from serving strictly Walter Reed to now working with over 170 major Armed Service Medical Centers,VA Hospitals, and Warrior Transition Units nationwide.  In 2011 Douglas was recognized a LL Bean National Outdoor Hero for his work with PHWFF.